The bidding package of 128,000 electronic meters with remote data reading feature with a total value of 117.2 billion VND but had some problems.

A recent report of Thai Nguyen Power Company said that some equipment in the total of 15,000 electronic meters this unit has just been allocated to operate quite intermittently.

Specifically, many devices cannot read the data themselves, but must be processed by the provider. Some that had just been working had to be replaced due to signal failure. Electronic meters with telemetry reading feature are unstable.

The 15,000 electricity meters mentioned above were allocated by the Northern Electricity Corporation (EVN NPC) to Thai Nguyen, under the 128,000 electronic meter bidding package deployed since 2016.

Specifically, the package has a total value of 117.2 billion VND with the content of providing 128,000 electronic galvanometers deployed by the consortium of contractors IFC – TSI – ELCOM, after the decision 1536 of EVN NPC general director. The goods in this bidding package are single-phase electronic meters with remote data collection feature and automatic meter data collection system (electronic meters with remote data reading feature).

However, recently, a number of denunciations from EVN NPC officials related to the contractor’s approval, the problems of this bidding package appeared. Specifically, the denunciation said that EVN NPC showed signs of lowering contractor standards, intentionally violating State regulations.

The nearly 120 billion bid package made in 2016 is said to have some problems. Illustration: Hoang Ha.

Circular 05/2015 of the Ministry of Planning and Investment clearly stipulates the details related to the bidding for goods being electricity meters. Specifically, the contractor must meet the standard that he has performed similar contracts and the contract value must be equal to or greater than 70% of the bidding package under consideration.

In the case of the above-mentioned 117.2 billion VND bidding package, it is mandatory for the bidder to have had a contract to supply goods which is an electronic meter with remote data reading feature. In addition, the contract value must be at least 82 billion VND.

However, research based on documents provided by EVN NPC staff shows that the economic contracts of 3 units, IFC, TSL and ELCOM have goods other than electronic meters.

Previously, in March 2016, EVN NPC and EVN Hoa Binh had a record on procurement and trial installation of electronic meters from domestic meter manufacturers at EVN Hoa Binh.

Specifically, EVN Hoa Binh received and tested 750 1-phase and 3-phase electronic meters of RF/PLC data transmission technology manufactured by PSMart. The results show that this electronic meter does not operate up to quality. The meter readings collected at the DCU have not been updated to the system yet, but still have to connect the data to the tablet to synchronize the data into the system.

EVN NPC admitted to receiving the report from Thai Nguyen Power Company in October 2016. The content of the report said that some of the equipment in the total of 15,000 electronic meters that this unit has just been allocated operate quite intermittently.

Regarding the contractor’s capacity, the representative of this unit also cited 3 joint venture contracts to participate in the bidding package signed with other businesses. However, the product information in the contract is a 3-phase meter (different from the product in the 128,000 meter package) not mentioned in the response by EVN NPC. 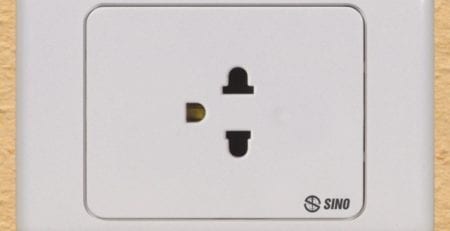 On the last days of the Year of the Monkey, the sacred moment of transition between the old year and... read more

Undenatured Hoist Cable Having mechanical and electrical problems, careless subjectivity in use or improper operation, etc. But the most dangerous and... read more

Why should you choose and use a 3-prong construction site plug?

Why should you choose and use a 3-prong construction site plug? The need to use site plugs has become very familiar to... read more