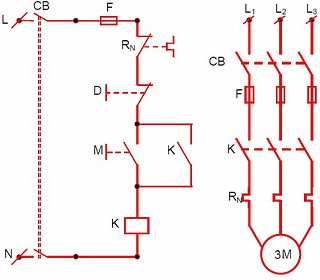 Start from-contactor is a gas power tool for remote control of switching, reversing and overload protection (if fitted with thermal relays) of three-phase squirrel-cage asynchronous motors.

Classification of Contactors in electrical cabinets according to the following characteristics:

– In the form of current: DC Contactor and AC Contactor (1-phase and 3-phase Contactor).
Rated voltage of suction coil: 36V, 127V, 220V, 380V, 500V.
– Protective structure against impacts by the surrounding environment: open, protected, against dust, explosive water…
– The ability to change the direction of rotation of the electric motor: Do not reverse the rotation and reverse the rotation.
– Number and type of contacts: Normally open, normally closed.

– The iron core (or magnetic circuit) of the magnet consists of two parts: the fixed part and the movable cap. The magnet steel core can be of EE, EI or CI form.

The contactor system in the electrical cabinet is in contact with the mobile magnetic core through the mechanical interlocking part. Depending on the carrying capacity of the contacts, we can divide the contactor contacts into two types:

Normally closed contact is a type of contact in the closed state (with contact between two contacts) when the magnetic coil in the Contactor in the control cabinet is in the resting state (no power supply). This contact opens when the Contactor is in the active state. Otherwise, the contact is normally open.

When voltage is supplied to the coil by pressing the start button M, the coil or contactor has a movable steel core and the magnetic circuit is closed: Closes the main contacts to start the motor and closes the normally open auxiliary contact. to maintain the control circuit when letting go of the start button. When the stop button D is pressed, the magnetic starter is cut off, under the action of the compression spring, the moving core returns to its original position; contacts return to the normally open state. Engine stops working. When there is a motor overload, the thermal relay will operate to break the coil circuit, thereby also disconnecting the magnetic start and stop the electric motor.

When pressing the MT button, the Contactor T coil has a mobile steel core and a closed magnetic circuit; closes the main contacts T to start the motor to rotate in the forward direction and closes the normally open auxiliary contact T to maintain the control circuit when releasing the hand from the push button MT.
To reverse the direction of motor rotation, we press the push button MN to coil Contactor T
electricity, the Contactor N coil has a movable steel core and a closed magnetic circuit; closes the main contacts N, at this time on the motor circuit reverses two wires in three electrical phases causing the motor to reverse and the auxiliary contact is normally open N to maintain the control circuit when letting go of the start button MN motion.
The rotational reversal process is repeated as above.
When the stop button D is pressed, the starter from N (or T) is cut off, the motor stops.
When there is a motor overload problem, the thermal relay will operate to break the coil circuit, thereby also interrupting the magnetic start and stop the electric motor.
Diagram:

a. Rated voltage of Contactor in electrical cabinet

b. Rated current of Contactor in electrical cabinet

Whether a three-phase asynchronous electric motor can work continuously or not depends on the reliability of the magnetic starter. Therefore, verbs must satisfy the following technical requirements:
– Contacts have high wear resistance.
– High closing – cutting capacity.
– Action close – cut definitively.
– Low power consumption.
– Protect the motor from long-term overload (with thermal relay).
Currently in our country, three-phase squirrel-cage rotor asynchronous motors with capacity from 0.6 to 100KW are widely used. To control their operation, we often use magnetic starters. Therefore, in order to facilitate the selection of magnetic starters, manufacturers often not only give the rated amperage but also the capacity of the electric motor, but the magnetic starter serves other voltages. together.
In order for boot from to work reliably, when installing it needs to be fastened. starting from a vertical plane (allowable inclination from vertical axis 50), grease is not allowed on contacts and moving parts. After installation of the magnetic starter and before operation, check:
– For manual moving parts not to get stuck or entangled.
– The control voltage must match the rated voltage of the coil.
– The contacts must make even and good contact.
– The electrical wiring must be in accordance with the control diagram.
– The thermal relay must be set to start from the wire rod according to the protective fuse.

SUBDISTRIBUTION BOARDSThe MDB then feeds SDBs, the boards are installed midway through the power distribution system. Design as per IEC 60439-1... read more 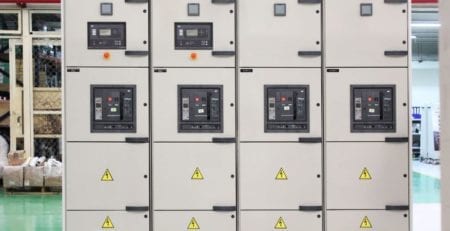 When only the highest safety, quality, efficiency and endurance are required for electrical power distribution an electrical switchboard solution from... read more 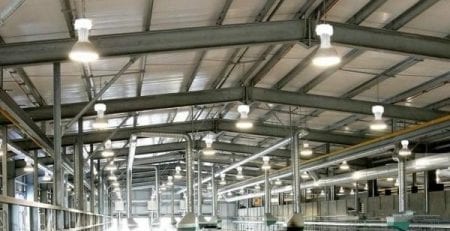 The safety and efficiency of the workshop is determined by a variety of factors, including the construction of the electrical... read more

A motor control center (MCC) is a type of electrical switchboard, which contains one or more motor starter sections. The... read more

The MCC Motor Control Centres are versatile solutions for the needs of the industry even with high nominal currents. (more…) read more

Quan Pham Main Low Voltage Switchboards are the modular designed which can be tailor-made to meet the client’s exact specification. It... read more